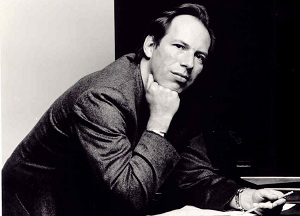 Most famous for his music for The Lion King (1994), The Rock, Crimson Tide, Pirates of the Caribbean, Gladiator, Rain Man, Christopher Nolan's films and (for the gamers out there), the theme for Modern Warfare 2, among some 200 soundtracks he composed. Of course, he did other genres, but it's usually the big brass and violin numbers he wrote for action set pieces that get remembered.

Known for frequently working with directors Ridley Scott, Christopher Nolan, Gore Verbinski, and Zack Snyder. Also, for having trained a number of other composers, including Mark Mancina, John Powell, Nick Glennie-Smith, Henry Jackman, Klaus Badelt, Steve Jablonsky, Lorne Balfe and for composing a number of animated films from DreamWorks Animation. His Japanese equivalent is Yuki Kajiura, known for her eclectic blends of synth with real instruments and soloists. He can also be viewed as the remixed modern day Ennio Morricone.

Some of his works include (in chronological order):