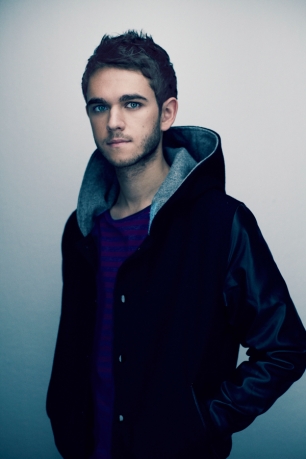 Zedd (born Anton Igorevich Zaslavski, Антон Игоревич Заславский on September 2, 1989) is an Electronic Music producer and DJ. Initially a classically trained pianist, he became interested in electronic music as a teenager after hearing the Cross album by Justice. He got his start in the electronic scene when he won two different Beatport remix contests; his first original release, "The Anthem", broke into the Beatport Electro house Top 20. His remix of Skrillex's "Scary Monsters and Nice Sprites" broke into the Beatport Electro House Top Ten charts, coming to rest at number 2. His career has included not only his own original material, but several remixes, collaborations, and producing music for other artists including Lady Gaga, Skrillex, Justin Bieber, and more. His music is primarily Electro House with touches of Dubstep.

Not to be confused with the Mighty Morphin' Power Rangers villain.