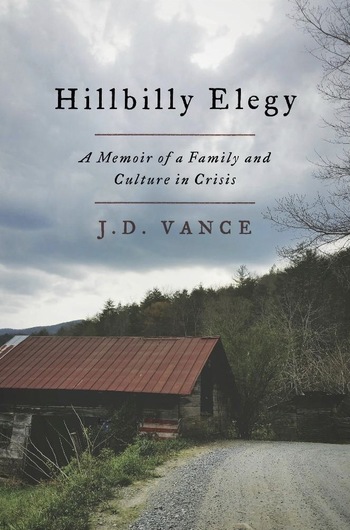 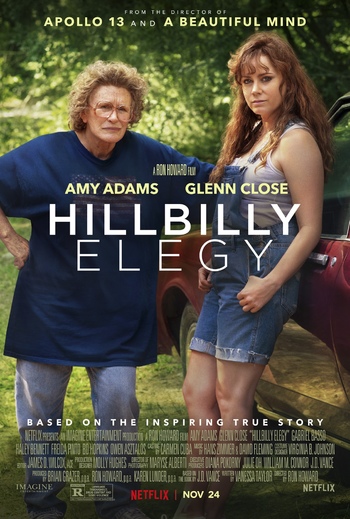 Hillbilly Elegy is a 2016 Memoir by J.D. Vance, chronicling his life growing up in a family of impoverished Kentucky hillbillies and his own unlikely ascent from there to Yale Law School. Along the way, he analyzes many of his experiences through the lens of sociological and psychological research, and offers advice both to hillbillies and the well-meaning liberals trying to address their problems.

Vance's maternal grandparents, whom he calls Mamaw and Papaw, married as teenagers and moved to Middletown, Ohio, which was then booming due to the presence of Armco Steel. J.D.'s mother, Bev, continued to live there, but suffered from drug problems and a long series of unsuccessful relationships, leading young J.D. to frequently flee to his grandparents and to the family homestead back in Kentucky. The family is prominent locally due to its connection to the legendary Hatfield-McCoy feud and many other colorful tales about their violent upholding of hillbilly justice. J.D. has to learn, though, that the old hillbilly values can be more of a hindrance than a help in modern America.

The book received a fair bit of media attention due to its coming out in the midst of Donald Trump's presidential campaign, when many journalists and analysts were trying to understand why the white working class that Vance comes from was so attracted to the New York billionaire. Since the book was written earlier it doesn't directly address this, but it does presciently describe how the hillbillies' economic dislocation and loss of their former patriotism led them to embrace conspiracy theories and distrust all institutions.

Ron Howard directed the Film of the Book, with a soundtrack by Hans Zimmer. It was released on Netflix on November 11, 2020 and stars Gabriel Basso as adult J.D., Glenn Close as Mamaw and Amy Adams as Bev.