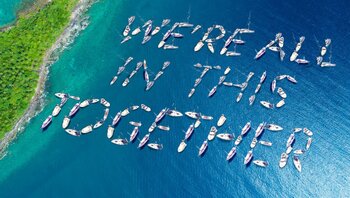 "The sympathy extended to a victim is deceptive. People love the victim only when they can feel superior to him or her. [...] It is a human reflex that makes you feel better about yourself when you can help someone weaker, a victim. That works as long as the roles are clearly defined."
— Natascha Kampusch, in the epilogue of 3,096 Days
Advertisement:

Condescending Compassion is when a person feels magnanimous enough not to hold someone's 'faults' against them openly. They can't help being a commoner, idiot, mutant or simply wrong, so it would be rude to treat them badly because of it. Instead, they resort to the much better idea that they should be sympathetic or even friendly to that lesser being, but of course, they won't really take them seriously. In a way, the condescension or even pity is likely well intentioned, but if the target of this attitude realizes it (and they probably will) then they're naturally likely to be quite insulted or hurt.

May factor into Black-and-White Insanity or Windmill Political. Can be a rare trait for the Anti-Hero. Often runs in the background of White Man's Burden or Save Our Students plots, which explains why some viewers find those stories offensive and others find them inspiring or heartwarming. The phrases "You Are a Credit to Your Race" and "Not Like Other Girls" frequently ties into this worldview.

See also The Victim Must Be Confused. For characters who respond to sincere help when they are in legitimate trouble with anger or offense, see Complaining About Rescues They Don't Like and Ungrateful Bastard. If those offering the help or doing the rescue can't do so without insulting the people they're trying to help or asking for a reward, see Hero with an F in Good and Wants a Prize for Basic Decency. For characters who are too self-righteous or oblivious to recognize that they are this trope, see Knight Templar. If they immediately realize they misspoke, it's Open Mouth, Insert Foot, and may lead to Digging Yourself Deeper.

This trope is also Truth in Television, as many people belonging to minority groups frequently encounter this, but that's everything needed to be said about it, so No Real Life Examples, Please!