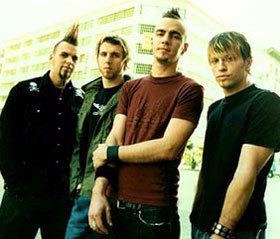 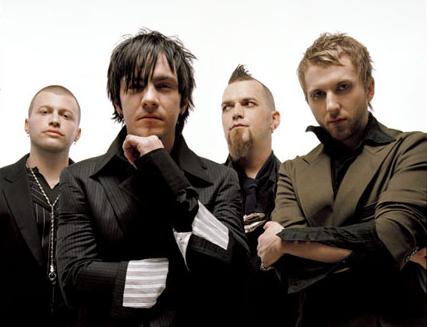 Three Days Grace is an Alternative Hard Rock/ Post-Grunge group from Norwood, Ontario, Canada. Formed in 1992 as the band Groundswell, they consisted of Adam Gontier (vocals, rhythm guitar), Neil Sanderson (drums, backing vocals), Brad Walst (Bass, occasional backing vocals), Phil Crowe (Guitar) and Joe Grant (Guitar), all attending high school at the time. This incarnation would ultimately break up 1995. They later reformed under the name Three Days Grace in 1997 as the trio of Gontier, Sanderson and Walst. In 2003 after their debut tour they enlisted Barry Stock as lead guitarist, allowing Gontier to simply sing in concert.

They released the demo for "I Hate Everything About You" in 2003, scoring them a record deal with Jive Records. They released their self-titled debut album that same year.

On January 9, 2013, long-time singer Adam Gontier left, citing health issues. Brad Walst's brother Matt, then with My Darkest Days, filled in on vocals during their 2013 tour, and eventually was promoted to full-time vocalist on March 28, 2014, with "Painkiller" released as the band's first post-Gontier single not too long after. The band's first album with Matt, titled Human, was released in 2015 with mixed to positive reception. They released their sixth album Outsider on March 9, 2018.

Gontier also preformed guest vocals in the Apocalyptica song "I Don't Care" and in the Canadian supergroup Big Dirty Band for Trailer Park Boys: The Movie along with Alex Lifeson and Geddy Lee of Rush, Die Mannequin's Care Failure, Ian Thornley of the band Thornley, and The Tea Party's Jeff Burrows.

I Trope Everything About You: