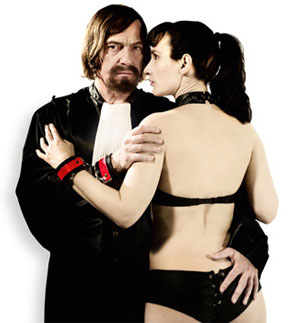 in Dutch, this movie was based on a tragic real life court case.
Advertisement:

The main characters are a married couple. They have been married for 15 years, and are quite unhappy. The story starts with the wife, Magda, having a nervous breakdown and then deciding that they should get a divorce.