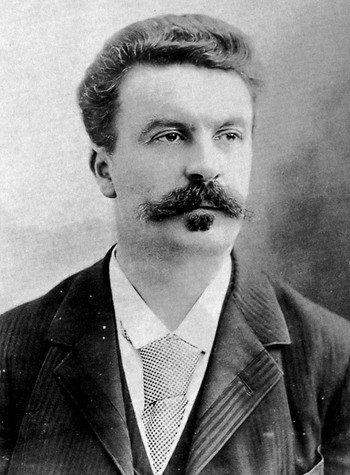 Henri René Albert Guy de Maupassant (5 August 1850 – 6 July 1893) was a French writer, considered one of the fathers of the modern short story.

His famous stories include "Boule de Suif" (about a stagecoach of refugees in the Franco-Prussian war), "The Necklace" (about a woman who loses a borrowed diamond necklace), and "The Horla" (a horror story which was an inspiration to H. P. Lovecraft).

Works by Guy de Maupassant with their own trope pages include:

Other works by Guy de Maupassant provide examples of: