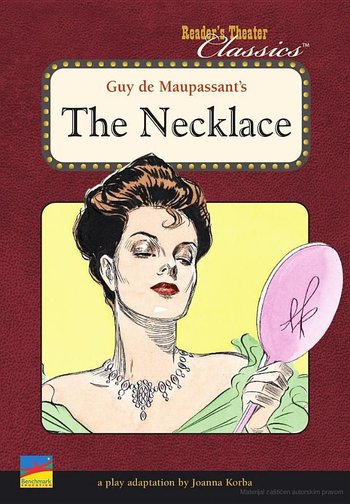 "The Necklace" is an 1884 short story by Guy de Maupassant.

A young, lower middle class couple borrows some nice clothes and jewelry from an upper class friend to wear to a party. During the course of the party, the lady, named Mathilde, loses the stunning necklace that she borrowed from her friend. Hiding the truth, the couple sell their house and take out an exceedingly harsh loan to buy a diamond necklace to replace it, and work for the next ten years to pay back the debt...only to be told at the end of the story by the lady's friend that the original necklace was costume jewelry, worth only a couple of dollars at the most.