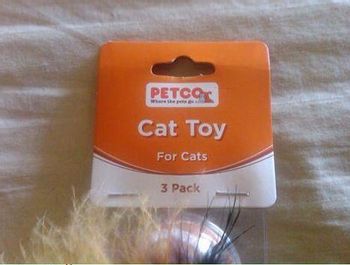 In case you're not sure if it's a cat toy for iguanas or something.
"I do not talk like that! The way I communicate is much different. I do not reiterate, repeat, reinstate the same thing over and over again. I am clear, concise, to the point!"
— Mojo Jojo, The Powerpuff Girls
Advertisement:

When listing things, a character will repeat an item. Might end with "Did I mention X already?" when making a list. Common ways for it to show up are a list going "A, B, C, B, D, B, E... and did I mention B?" and "You said X twice." "I like X." These occur frequently, especially when listing things, and are often said by characters with short attention spans that are short — especially energetic characters such as the Genki Girl.

Listing things in this manner also tends to be used as a tongue-in-cheek way of implying that the repeatedly listed item is the most prominent characteristic of something, with little in the way of variety.

Alice: Oy, what was it like sailing across the ocean?
Advertisement:
Bob: It was nice! There were sea birds, water, fish, water, more water, boats, whales, even more water... y'know, the usual.

The dictionary definition for this trope is a tautology

This also shows up frequently with the misuse of acronyms, specifically when part of the acronym is used next to the acronym itself. The Other Wiki knows this as RAS Syndrome

With some websites and occasionally in Real Life, the Redundant Department of Redundancy is referred to as an actual organization run by Captain Obvious with a side branch called the Branch of Awkward Wording (or, for bonus points, the Branch Of Awkward Wording Branch).

The Firesign Theatre gets credit for naming this trope on their classic 1970 album "Don't Crush That Dwarf, Hand Me the Pliers", the album where the trope name comes from.

Examples and various cases that exemplify the trope

open/close all folders
Audio Dramas That Are Dramatised Audibly
Labels Showing What You Get On A Label
Troping Tropes of TV Tropes
Warning Labels That Provide Warnings on Their Labels
Redundant statement is redundant.

"I just want to tell you both, good luck, we're all counting on you."