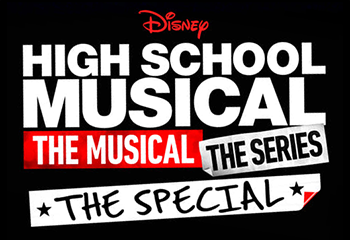 The Image: The Caption
"Ignore when people say that the length of a game's title is not important, that a title should just convey what the game is about. They're just jealous theirs isn't as long."
— Atlus USA, announcing the release of Shin Megami Tensei: Devil Summoner 2: Raidou Kuzunoha vs. King Abaddon
Advertisement:

Many works of fiction are named using a "Title Colon Subtitle" template. Sometimes, however, the subtitle becomes an important part of the original work's identity, and when a sequel, spin-off or crossover with another work is made, a second subtitle is tacked on after the first. When written out, this looks ridiculous, as you have to use a colon to indicate each separate subtitle. That's Colon Cancer; Electric Boogaloo carried way too far.

Some publishers try to avoid this by using a dash instead of one of the colons, while at times when a work (especially a movie) is exported, they feel the need to add this to give a more clear idea about the plot; this is called The Foreign Subtitle.

If it's a sequel, then it's Oddly Named Sequel 2: Electric Boogaloo.

Star Wars video games are notorious for this, as are titles derived from The World of Darkness Tabletop Games. Generally, most games from a non-game franchise will suffer from this, as do Tie-In Novels.

A pun on the medical disease of the same name.