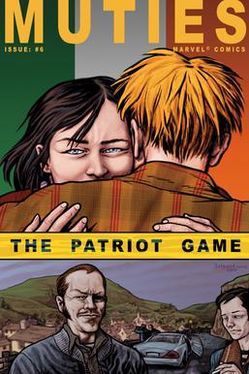 "They're a curse. And someday, they'll get me killed. My parents knew that. That's why they made me leave. I'm tolerated now, out of fear and ignorance, but I'm not stupid. I know it won't last forever. It never does for my kind."
— Nata
Advertisement:

Muties was a 2002 comic-book miniseries from Marvel Comics. Written by Karl Bollers and drawn by a number of artists including Salgood Sam, Dean Haspiel, Trent Kanuiga, Patrick Spaziante, and Charlie Adlard, each issue told the story of a mutant from a different corner of the globe, often living in less-than-ideal situations.