Revenge of the Sequel 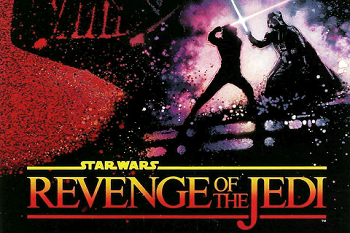 In many sequel names, particularly in schlock horror, the title, or sub-title, describes some kind of return, revenge, reaction, counter-force, backlash, etc. that usually implies it's a direct consequence of one of the previous installments. The movie's tagline might even be something like "And this time, It's Personal."

Alternative Title(s): The Revenge Of The Sequel