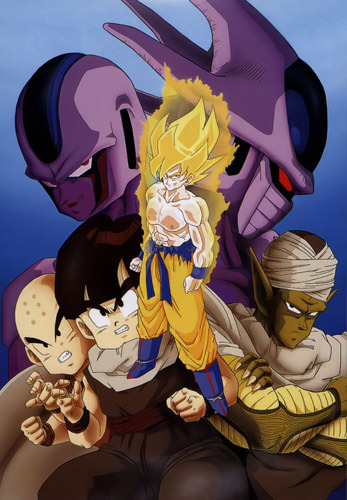 Dragon Ball Z: Cooler's Revenge (known as Doragon Bōru Zetto: Tobikkiri no Saikyō tai Saikyō in Japan; lit. "Dragon Ball Z: The Incredible Mightiest vs. Mightiest") is the fifth Dragon Ball Z movie, originally released in Japan on July 20, 1991, between episodes 99 and 100. It was translated in America by Funimation Entertainment in 2002, and released on VHS and DVD on January 22. The movie was re-released with its sequel, Dragon Ball Z: The Return of Cooler, in November 2008 alongside the remastered Season 7 of the anime series.

After destroying Frieza on Namek, Goku returns to a peaceful life on Earth. When informed his brother has been killed by a Saiyan, Cooler is hell bent on killing Goku, and making him pay for his brother's disgrace. Goku has to find the power within him to defeat a warrior even more powerful than the horrible Frieza.