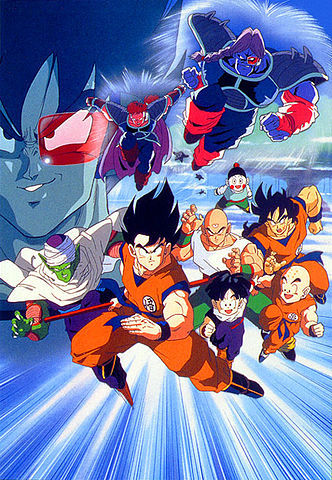 Dragon Ball Z: The Tree of Might (known in Japan as Doragon Bōru Zetto: Chikyū Marugoto Chōkessen; lit. "Dragon Ball Z: Super Showdown for the Whole Earth") is the third Dragon Ball Z movie. It was originally released in Japan on July 7, 1990, between episodes 54 and 55 of Dragon Ball Z, with it premiering at the 1990 Toei Anime Fair which was additionally dubbed Akira Toriyama: The World (as the other two movies premiering at the fair were based on works by Akira Toriyama). It was first translated into English by Funimation Entertainment in 1997, as a three-part episode of the television series.

A group of aliens visit Earth to plant the Tree of Life, a plant that grants cosmic power by draining the Earth's life force.