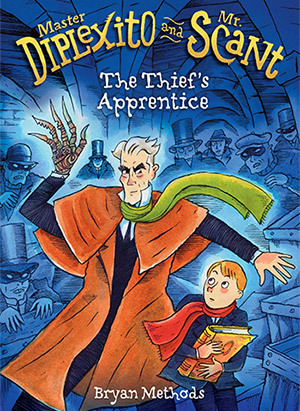 Ra's Al-Ghul: You were my greatest student. It should be you standing by my side, saving the world.
Bruce Wayne: I'll be standing where I belong — between you and the people of Gotham.
— Batman Begins
Advertisement:

The Hero, or a member of the heroic band, finds a Mentor with new secret techniques to teach. The student eagerly signs on, only to learn later that there's a catch — the mentor is evil, has a hidden agenda of their own, and those new abilities are seriously nasty (though certainly not useless). The student may feel "soiled" by having learned these techniques and might swear off ever using them again, or they might have to wrestle with temptation against using them regularly. Of course, it's only a matter of time until there's a great need, and out will come the evil technique because It's the Only Way. Cue the evil mentor's So Proud of You and the hero's Your Approval Fills Me with Shame.

The Evil Mentor will lead them down the path to the Dark Side. This can involve teaching the character Black Magic, a Dangerous Forbidden Technique, how to use a Deadly Upgrade (while downplaying the costs), advanced Psychic Powers like Mind Rape or Brainwashing, and generally introduce them to abilities or substances that are painfully addictive and make Psycho Serum seem safe to use by comparison.

The Evil Mentor's motivation for this are similar to those of an Old Master, but with a Zen Survivor's more elitist air: they're looking for someone to carry on their legacy, warts and all, (and may actually grow to care a bit) usually against the pupil's wishes because only they are "worthy enough" to learn it. This usually entails actively corrupting the hero and netting him a personal Dragon, not just to spread evil and deny good a powerful champion. The Evil Mentor is also patient enough to wait, hoping that if attempts to actively corrupt fail at forcing a Face–Heel Turn, then more passive temptation will do their work for them. Also, people who easily Face–Heel Turn also easily Heel–Face Turn. If you want quality in your minion, do it the long way.

For some Evil Mentors, it's a game of wits to see if their student's philosophy can stand against their own. After all, just beating someone in a flat out fight doesn't necessarily mean that someone is right. A slow battle for a soul can be just as rewarding; and honestly, more entertaining if the student's mind and heart is a Worthy Opponent. A gracious Evil Mentor will give their brand of help just out of curiosity to see how long Heroic Willpower can last.

A variant is the Evil Mentor's Book, which is not evil per se, but contains dark-side-y formulas and things the student might not be ready to learn. Unless, y'know, it's an Artifact of Doom, in which case it's an Evil Mentor in book form.

Compare and contrast Deceptive Disciple, who, representing the other end of the chain, turns "good" or honorable martial arts or powers on their head to achieve evil ends or inverts them into Black Magic. See also Bastard Understudy and the Rule of Two for a villain's voluntary apprentice.

If the mentor pretends to be a good mentor but is actually a villain out to exploit his student, he's a Treacherous Advisor. The step-down of this trope is the Broken Pedestal, who trains the student well, but is eventually revealed to be bad or corrupt, much to the student's chagrin. See also The Svengali, whose purpose is typically to exploit the mentee for his own gain (and possibly the kick of exerting More Than Mind Control), rather than to pass on a legacy of evil. The Corrupter will often take on the guise of the Evil Mentor, though he doesn't have to; almost all Evil Mentors are Corruptors, but not all Corruptors are Evil Mentors.

Alternative Title(s): Training With The Villain