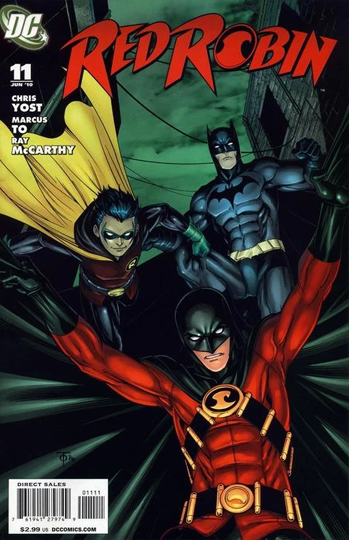 Red Robin, depicts Tim Drake's search around the world to find evidence that Bruce Wayne was still alive after having had the mantle of Robin taken from him and subsequently cutting himself off from the rest of the Bat Family. He was approached by Ra's al Ghul's assassins, who were also interested in finding out what happened to Batman. After the resolution of this story, Fabian Nicieza took over as writer with issue #13. The series lasted for 26 issues, being Cut Short by the New 52 continuity reboot in 2011.

As a continuation of Tim's story from Robin (1993) the series share a character page.