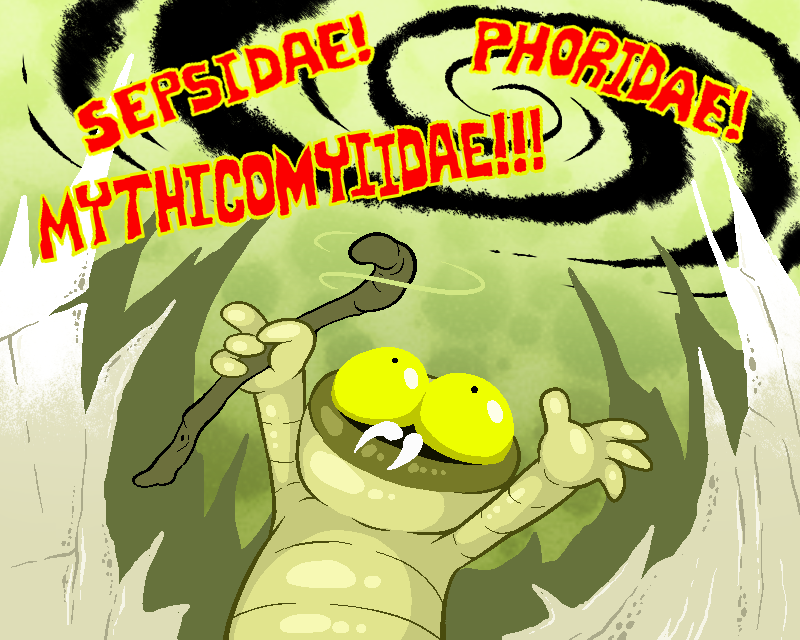 When you think of Attack Animal, you'll probably think of something big and/or badass, such as wolves, or tigers, or even dragons. Some people, however, have a kick with using... a certain creepier kind of creature.

This trope is a Stock Superpower of pest manipulation (most common with insects, although rodents and arachnids and the like also count here). The pest in question could be from little tiny life-eating bugs to more gigantic ones the size of buildings. Those who have this ability will often be portrayed as creepy themselves - they may be wicked, but they may just as often be just a decent, if quirky, fellow. Expect The Swarm and Zerg Rush to be their standard tactic.

Sometimes the controller doesn't only control insects but is also made of them, in which case this overlaps with The Worm That Walks. They may also be Friend to Bugs (especially for the insects version), but not always.

Subtrope of The Minion Master and Attack Animal. Super-Trope to Bee Bee Gun; bees are indeed among the most popular choice of insect, for many good reasons.