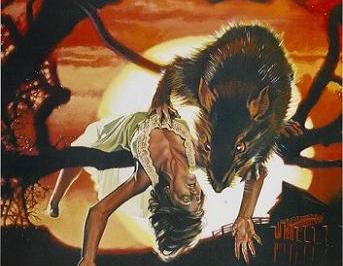 Are they so named because they are unusually small, you ask? Heh, heh, heh...

Rats are probably the most formidable and tenacious mammals in existence, being blessed with swift feet, durable incisors, impressive cunning and intelligence, numbers, and an all-consuming sense of self-preservation. The only thing they lack, it seems, is physical size and powernote  and longevity (the average rat is very lucky to make three years) but don't expect to see that brought up often. Then, given that final boon, they would surely transform from shadow-scurrying scavengers to feared, flesh-rending predators that would have leather-clad barbarians knocking their knees together (but at least they're easier to hit than life-sized rats).

Incidentally, if you don't find the regular-sized rats particularly worrisome already, then we hasten to point out that they are also world-class swimmers, can hold their breath more than long enough to reach the other end of the pipe leading to your toilet and have hinged ribcages allowing them to fit through any sewer pipe. (Thankfully, giant rats can rarely fit through the plumbing.)

(In real life, however, the sheer successfulness of rodents can in fact be attributed to their small size. Being small, they can adapt to a wider range of niches, are able to breed more quickly, and need far less food to survive. If they were as large as most big mammals, they'd be little, if any, more successful.)

Should you encounter these furry freaks, your best defense is to have a Mega Neko or a War Elephant by your side (or a Canis Major in case of giant squirrels). If in a video game, they're likely to be involved in a Rat Stomp. Occasionally, they're conscripted to provide Hamster-Wheel Power for large machines or vehicles. They are usually aggressive and dangerous animals.

At its most extreme, this trope can overlap with Attack of the 50-Foot Whatever. When rodents are not only unnaturally large but also walk upright (at least some of the time) and have human-like intelligence, you have Rat Men. While rats are the most common rodents to show up as giants, others such as mice, squirrels, hamsters and such may also show up for variety or for added features (such as a giant squirrel being also a hyperactive troublemaker or a giant hamster an adept burrower). If the rodents have a high level of intelligence and resourcefulness then Resourceful Rodent can apply.

If you have a pet rat (or any other pet rodent) of such size, chances are it'll be a Gentle Giant, if not Cute Giant.

A Sub-Trope of Animals Not to Scale, Dire Beast. In more cartoonish works, this may overlap with Mocky Mouse.

Scaredy Rats are giant rats whose eyes glow in the dark.

Scaredy Rats are giant rats whose eyes glow in the dark.