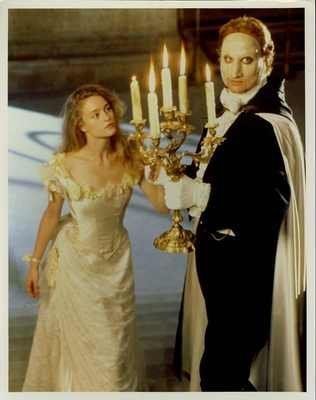 Elegance and terror in one package
Advertisement:

The Phantom of the Opera, based on the book and play, is considered by many to be one of the best movies of all time due to its gripping combination of drama and horror. The title character himself is very intriguing, being a masked madman with a lot of tragedy and sadness has made him one of the most iconic villains (if not characters) in movie lore.

As with most successes, the concept of a "phantom of the X" has since been used countless times since its introduction. In comparison to the original, characters based on the Phantom are often varied. Sometimes they are a Captain Ersatz, sometimes they're a thoughtful parody of their inspiration, but they often share a few key features:

The Phantom is an obstructive force that has wreaked havoc within Gloria's mind.

The Phantom is an obstructive force that has wreaked havoc within Gloria's mind.