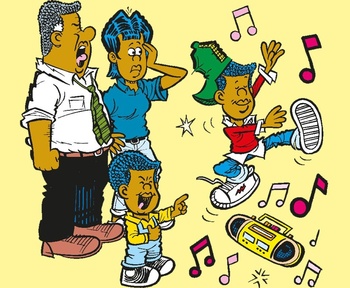 A daily comic strip by Ray Billingsley, Curtis has appeared in newspapers since 1988. It centers on an urban black family, most notably the title character, 11-year-old Curtis Wilkins. Also in the cast are his younger brother Barry, their parents, and a small number of secondary characters.

The strip is noted for being one of the first major comic strips to feature a largely black cast, starting a wake of other such strips including Herb and Jamaal, JumpStart... and, of course, The Boondocks.