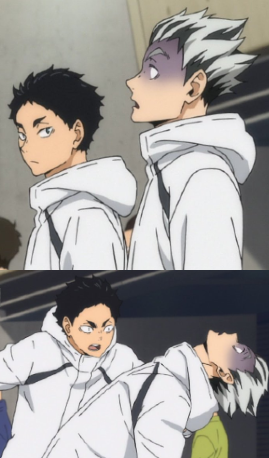 "Beware of fainting-fits; though at the time they may be refreshing and agreeable, yet believe me: they will, in the end, if too often repeated and at improper seasons, prove destructive to your constitution."
— Love and Freindship
Advertisement:

Some characters are naturally calm in highly emotional situations. Others keep a Stiff Upper Lip. And some... faint dead away!

Older works sometimes call this "Swooning". Romance period novels and Gothic Horror provide plenty of examples of feminine women or girls doing this, even if they are not a Hysterical Woman. If a man faints in such works, he might be painted as cowardly or weak. '50s era monster films loved to have the pretty young heroine to faint upon seeing whatever horror the filmmakers decided to unleash upon her. In Opera, it's less often a sign of weakness: Many strong, assertive characters, both men and women, faint in their moments of greatest stress.

More recent works tend to play the stereotypes for laughs. Sometimes induced in characters by a well-executed Jump Scare. note If the jump scare causes you, the audience to faint, are you certain that you have the constitution for that sort of entertainment? More serious treatments will generally have a truly traumatic event to justify it, if not an outright Trauma Conga Line.

Partly Truth in Television: doctors tell you to sit down when they need to discuss bad news because your body's Fight-or-Flight response can overreact and reduce blood flow to your brain. This happens more often in fiction than in real life. The more stereotypical the circumstances, the longer the faint can last: Monster movie heroines sometimes remain unconscious for hours.note In real life, fainting from stress usually only lasts a few moments: See the this Wikipedia article

A downplayed similar reaction is Dramatic Sit-Down. Compare and contrast Fake Faint, where a character tries to make others think that this has happened.

Don't confuse with the hero falling over exhausted after battle. That's Post-Victory Collapse. A character with some vague medical condition such as "Anemia" or "Consumption" may be more susceptible to this trope, but more likely just faint due to their illness. Not a character fainting because of pregnancy either —unless the faint is due to the shock of finding out that they are pregnant!

Kwazii is surprised to meet his grandfather after hyping him up for all of Season 1.

Kwazii is surprised to meet his grandfather after hyping him up for all of Season 1.