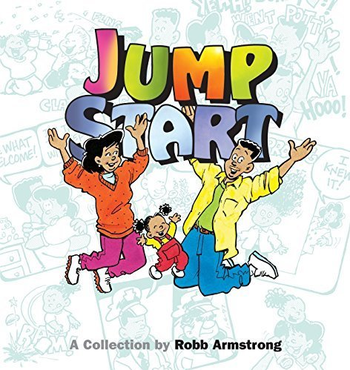 Jump Start is a daily comic strip written and illustrated by Robb Armstrong, and syndicated by United Features Syndicate. The strip revolves around Joe and Marcy Cobb, a middle-class African-American couple from Philadelphia as they try to balance their professional lives and raising their young children.

Tropes used in this comic strip: