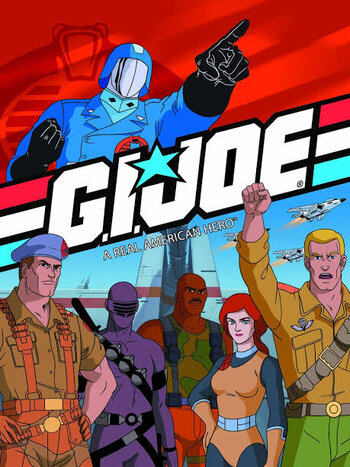 G.I. Joe was formed with the expressed purpose of stopping the terrorist group Cobra and the weapon distributors, mercenaries and scientists they hire. The Joes consists of military personnel from the Army, Navy, Air Force, Marines, and Coast Guard with a variety of skills and military specialties.

Now you trope, and troping is half the battle:

"And knowing is half the battle."
Feedback