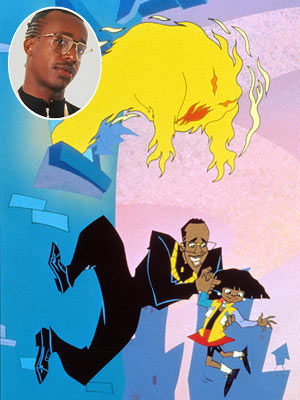 U gotta B kidding!
Advertisement:

Hammerman was also a cartoon produced by DiC Entertainment where MC Hammer was a superhero. He used rap music, dancing, and a pair of magical shoes that he had inherited from another musical superhero who had just recently retired. Ah, the Celebrity Toons of the early 90s. This one debuted in 1991, lasting for 13 episodes.