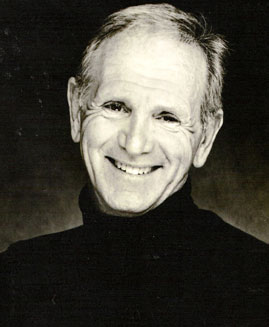 Born July 30, 1938 in Brooklyn, New York to a Jewish family, Michael Bell is a veteran actor and voice actor, specializing in heroic and occasionally villainous roles (he was equally adept at playing either stalwart heroes or flamboyant villains) in video games and animated TV series as well as on-screen appearances in films and television. He’s been described as being one of the most prominent voice actors of the 1980s. Fans of the 80s remember Bell for his voice work in G.I. Joe: A Real American Hero (where his character Duke bellowed the iconic battle cry "YOOOOOOOO JOE!!!" in the opening credit — his voice always remained in place even when the credits changed to feature Flint, voiced by Bill Ratner, in place of Duke), The Transformers and Voltron, while 90s fans may know him better as Drew Pickles and Chas Finster, Angelica and Chuckie's respective dads from Rugrats, and video game fans will likely know him best as Raziel from the Legacy of Kain series. He also has the distinction of being the first English voice of Guts from Berserk, voicing him in Sword of the Berserk: Guts' Rage. Bell provided the voice of the Parkay tub for the first five years of the Parkay Margarine commercials, has done commercials spoofing his Zan character for Cartoon Network on the cable channel as well as doing all the voice-overs for Zales Diamond Stores. BJ Ward was something of a leading lady for him during his heyday.

Along with being an animal civil rights activist who taught the voice acting workshop that trained voice actor Cam Clarke, but as of 2012, Michael Bell serves as a member of the Board of Directors for the Screen Actors Guild, Hollywood Division.

Not only is Michael Bell the godfather of fellow actor Steve Guttenberg, but he and his actress wife, Victoria Carroll, have a daughter named Ashley Bell, who’s also an actress.