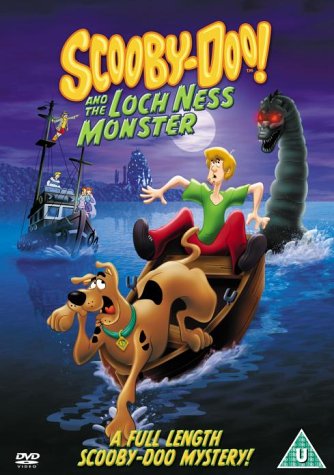 Grey DeLisle returns voicing Daphne and remains as such from here through the rest of the franchise so far. It’s also the first time Mindy Cohn voices Velma in the films after first assuming the role in What's New, Scooby-Doo?. She would remain in the role until 2015.

Also, as from here until Scooby-Doo! and the Samurai Sword, this movie was produced in the same animation as What's New, Scooby-Doo?, no longer having the retro feel of the previous two films.

Mystery Inc. travels to Loch Ness in Scotland to see the famous Blake Castle, where Daphne's cousin Shannon lives, and where the Highland Games are being held. But there's a problem. Apparently, there was a recent attack by none other than Nessie herself. Shannon also claims to have seen the creature before, and claims that it is real, siding with local enthusiast Del Chillman and Professor Pembrooke, a scientist who staked her whole career on proving the monster's existence. However, Sir Ian Locksley, the head judge of the games, thinks just the opposite, causing a mutual hatred between him and Pembrooke.
The next night, Shaggy and Scooby are chased by the monster, ruining the game field in the process. The gang searches the area for clues, and sure enough, they discover that the monster tracks lead into town instead of toward the loch. Whether they like it or not, they've got a mystery on their hands.