Everyone Is a Suspect 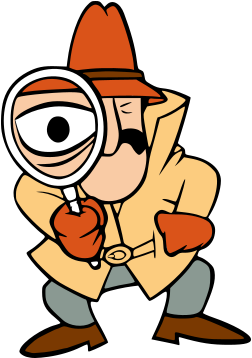 Including YOU!
"They'll give statements and be eliminated, the rest of the Badge of Honor crew will be alibied, and then we'll only have the rest of Hollywood to deal with."
— D.A. Ellis Loew, regarding the murder of "crusading reporter" (read: scandal monger) Sid Hugens in L.A. Confidential.
Advertisement:

One of the key questions in detective stories is: who has a motive? Usually that only serves to narrow things down, as there are two or three people with a plausible motive, and even then a whole other person can turn out to be the actual killer. Sometimes the opposite happens: every single person in the general vicinity has a reason to want the victim dead.

Not only was the victim a horrible human being whom everybody hated on general principle, but the victim also had specifically wronged all the other characters. The killer could have been anyone. This is a common reason for a Chekhov's Party, because it'll usually turn out a lot of important suspects were collected together for some reason.

Sometimes everyone's a suspect because Everybody Did It.

Long story short, it's better to have lots and lots of suspects, because that is part of what makes it a mystery.

Everyone involved in the mystery of who stole the cote de boeuf is a suspect with everyone having a motive.

Everyone involved in the mystery of who stole the cote de boeuf is a suspect with everyone having a motive.