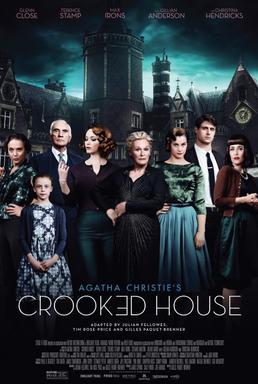 In post-WWII England, private detective Charles Hayward is hired by his former lover Sophia to solve the murder of her wealthy grandfather. But when he heads to the deceased's mansion to investigate the case, he realizes that everyone is a suspect — including Sophia herself.

Tropes used in Crooked House include: