Literature / Murder on the Orient Express 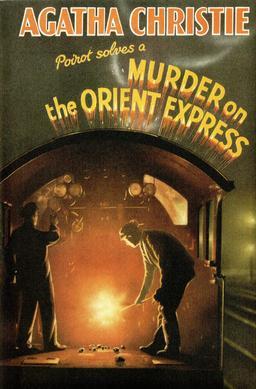 Murder on the Orient Express, or Murder in the Calais Coach, is an Agatha Christie detective fiction murder mystery first published in 1934.

Hercule Poirot, the famous Belgian detective, is ready to return from a case in Syria when he is snowbound on the Orient Express. He is disturbed in his sleep by dead quiet and a passing figure in a red kimono, and when he awakes, a male passenger named Samuel Ratchett is found dead, having been stabbed 12 times. Poirot discovers he was actually a notorious American gangster named Lanfranco Cassetti, who had kidnapped and murdered a three-year-old heiress. The mystery begins to unravel as he discovers that 12 of the other 14 passengers and the Train's conductor have connections to the dead man and the family of the child that man murdered.

The Films of the Book:

Warning: Many unmarked spoilers are below, as the plot is extremely well known.

Murder on the Orient Express provides examples of: