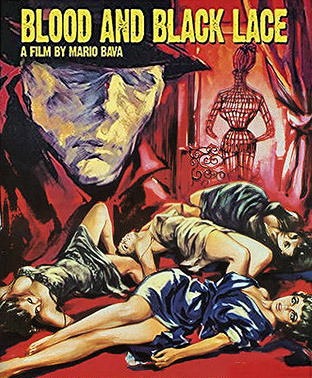 There seems to be nothing more dramatic to crime stories than a dead, naked woman. Whether fully or partially nude, dead women are far more likely to be sexualized than males. Often this is justified by the murdered women being the victims of sexual crimes, while other times the purpose seems purely to titillate the audience.

Add a perverted character to the mix, and naked corpses might lead to I Love the Dead.

The trope is quite likely to be used as a form of Fan Disservice.

See also Death by Sex, The Murder After, Disposable Sex Worker, and Interplay of Sex and Violence. Often a result of Monster Misogyny.

If the "corpse" is actually a member of The Undead, it's a case of Cute Monster Girl, Attractive Zombie, and/or Seductive Mummy.