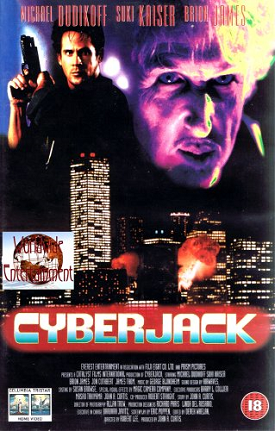 20 Minutes into the Future, Nick James is an ex-cop who is now working as a janitor at a computer tech firm. When the building is stormed by a group of terrorists who want to steal an experimental super-virus to wreak chaos around the world, Nick is the only one who can stop them.