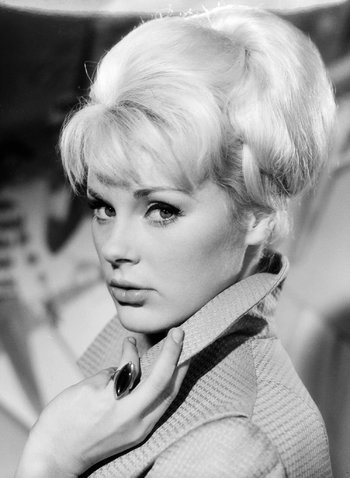 Elke Sommer (born Elke Baronin von Schletz; November 5, 1940 in Berlin, Germany) is a German actress. Some of her most notable films include A Shot in the Dark, The Art of Love, The Oscar, Carry On Behind and The Prisoner of Zenda. She won a Golden Globe in 1964 for New Star of the Year for her role in The Prize. She speaks seven languages and has focused more on painting than acting in her later years.

Her father was a baron, which makes her a baroness (although the title has no legal status).