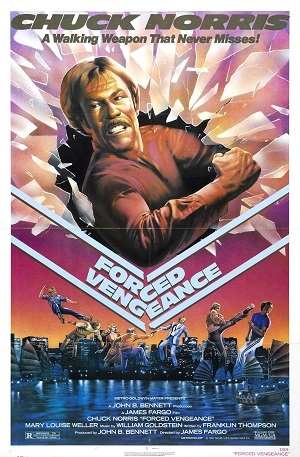 Forced Vengeance is an action film from the year 1982.

Josh Randall (Chuck Norris) is an ex-Special Forces Vietnam veteran who ends up in Hong Kong after the war, eventually becoming the head of security for the Lucky Dragon Casino, run by fellow American expatriate, Sam Pascal. When Sam is killed by an unscrupulous rival, Josh goes on a Roaring Rampage of Revenge.