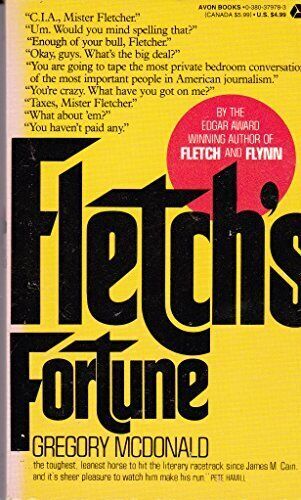 A series of detective novels written by Gregory Mcdonald, drawing on his experience as a journalist for the Boston Globe. The books were noted for their humor and dialogue focus.

Irwin Maurice Fletcher, or Fletch for short, is an Intrepid Reporter whose keen detective skills are only matched by his sardonic sense of repartee. Through his personal connections or sheer happenstance, Fletch gets wrapped up in some conspiracy or murder that requires his skills.

The series spawned a 4-books Spin-Off series detailing the adventures of Confess, Fletch's Detective Xavier Flynn and two movies starring Chevy Chase as Fletch, the first based on the original book and the second an original story. After multiple false starts, a third movie based on Confess, Fletch was released in 2022, starring Jon Hamm as Fletch.