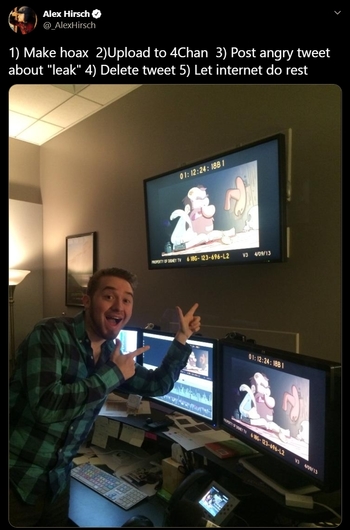 all the instructions you'll ever need.
"My favourite joke is the one played on the reader."
— Brian Clevinger
Advertisement:

Authors who get some (or a lot) of their kicks from yanking the audience's chain. Sometimes it's to prove a point, sometimes it's out of frustration, and of course sometimes it's for pure schadenfreude... mostly the last one.

Note that in many cases their behavior has little impact on the devotion of fans, who sometimes expect it, or feel that it's funny.