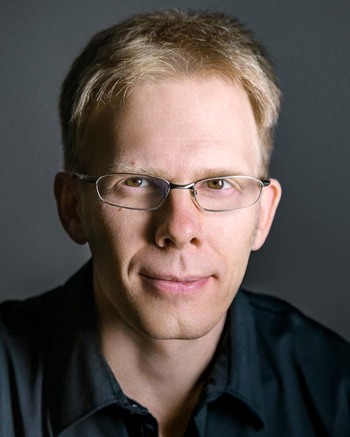 Pick a computer game from the past few years. Any one. Like, seriously, just name one.

There's a very good chance this man is responsible for the technology that makes that game run. There's a reasonable chance it even includes some of his code.

John D. Carmack (born August 20, 1970) is a game programmer (and aerospace engineer) who worked for id Software. He co-founded the company with John Romero, and was the lead programmer for almost every game that company made.

), but in recent years his productivity has declined due to having a second job as the owner of Armadillo Aerospace. His most notable games, usually because they included groundbreaking technology that he pioneered, are listed below:

Oh, and that bit about modern games including his work? That's not exaggeration - a lot of the technologies he developed, especially BSP trees, are practically essential to modern video games, even on consoles. And he's still at it - do a search for "sparse voxel octrees" if you want to see what the next generation of video game graphics will look like.

As of November 2013, he has resigned from id Software to work full-time for Oculus VR, the company responsible for the Oculus Rift. His reputation took a major blow when he has been heavily involved in the lawsuit that cost Facebook $500 million for stealing the technology behind OR, although the trial jury absolved Carmack of liability and his reputation has been slowly recovering ever since.

In December 2022 he announced his departure from the company and that he would be devoting all his efforts to his new start-up, Keen Technologies, which focuses on new forms of AI-assisted computing, thus bringing an end (for now, at least) to his career video game developer after over three decades.

May or may not be the actual leader of Doom's demonic invasion. Is also possibly some form of otherdimensional intelligence masquerading as a human being.