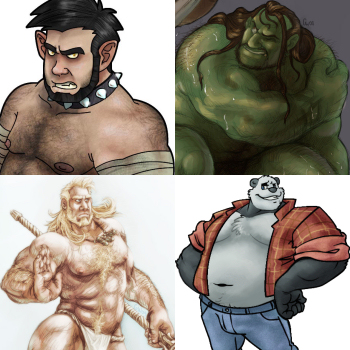 (real name withheld at his request) is a Canadian creator of Queer Media, especially of the Manly Gay variety. Originally a Furry artist (once known as CanisLupus), he has become at least as well known for his works involving humans and orcs. Known majorly for being the creator of Grant, he seriously started a career in video games:
Advertisement:
His official website is Bigfingers

Please take note that CaptainGerBear himself was not involved in 99% of the creation and maintenance of this article.