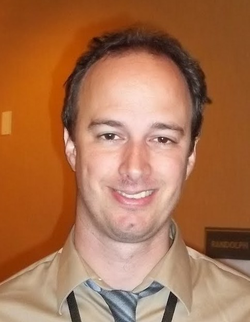 T Campbell is an American writer of Webcomics and other Sequential Art works, as well as Crossword Puzzles. He lives in Charlottesville, Virginia.

In addition to the works listed below, Campbell has written guest arcs for Sluggy Freelance, Shortpacked! and Clan of the Cats, and provides plotting and dialogue assistance on Gisèle Lagacé's and Dave Lumsdon's Ménage à 3, Pixie Trix Comix, Eerie Cuties, Magick Chicks and Dangerously Chloe.