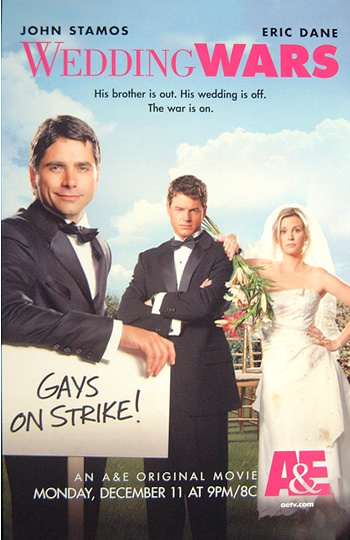 Ben Grandy is the re-election campaign manager for the governor of Maine. He's also marrying the governor's daughter, and they pick Ben's brother, Shel, to plan the wedding, even though Ben and Shel's relationship is strained because Ben is uncomfortable about Shel being gay.

But then, the governor decides to back a constitutional amendment to ban gay marriage as a part of his campaign, and Ben writes the speech of that. When Shel finds out, he quits the wedding and starts a strike in front of the governor's house. Mayhem ensues.

Don't confuse it with Bride Wars.