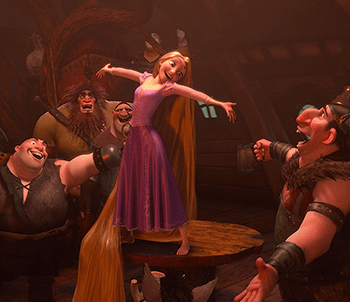 A blithe spirit is a free-spirited Fish out of Water who goes to a strait-laced land and shakes things up there despite the insistence of everyone else that the way things are can't possibly be changed.

Common variants of this character include:

Not to be confused with the Noel Coward play or the classic film of the same name (both of whose titles derive from Shelley's 'Hail to thee, blithe spirit'). Interestingly, there's a famous quote by Matthew Arnold about Shelley's hopeless attempts to be a blithe spirit to the world himself: A "beautiful and ineffectual angel, beating in the void his luminous wings in vain."

The Complainer Is Always Wrong is an inverse of this trope. Manic Pixie Dream Girl is a subtrope that serves as a shaker-upper of one particular person. Contrast Fisher Kingdom, which tends to eat these people and turn them into cogs (not usually literally).

open/close all folders
Anime & Manga
Comic Books
Fan Works
Films — Animation
Films — Live-Action
Literature
Live-Action TV
Tabletop Games
Theatre
Video Games
Web Animation
Webcomics
Western Animation
Real Life
Evil Counterpart Trope
Sometimes, the shaker is a villainous character, causing trouble for their own ends and means which might not be in the target's best interests. Sometimes involves a Deal with the Devil with them as the Devil. Examples include: