Fish out of Water 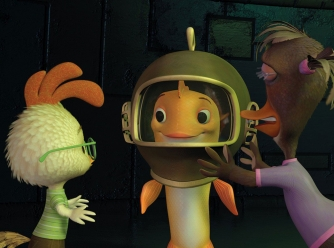 A character is placed in a situation completely unfamiliar to them. Humor and/or tension is created as the character adapts — or doesn't.

Naturally, Fish Out of Water have a danger of becoming awkward the longer a show runs. Or conversely, if they become used to their new surroundings, the risk is that their original characterization will be less applicable (same if they return to their old familiar surroundings).

If the character quickly adapts to the new conditions and finds it better than back home, it's Like a Duck Takes to Water. If however, they decide to change things to how they used to be back home they are a Blithe Spirit. See also Graceful in Their Element.

Contrast Outside-Context Problem. Not to be confused with Terrestrial Sea Life, which is the literal version of this metaphor.