Manga / Croisée in a Foreign Labyrinth 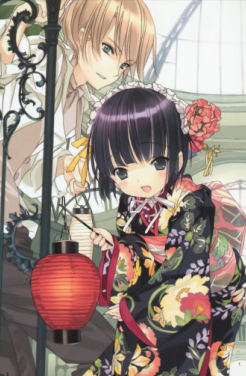 Croisée in a Foreign Labyrinth (Ikoku Meiro no Kurowāze, lit. "The Crossroads of a Foreign Maze") is a manga by Hinata Takeda (who was also the illustrator for Gosick) which was serialized from 2006 to 2011, starting out in Dragon Age Pure before moving to Monthly Dragon Age in 2009. It was made into an anime for the summer 2011 season.