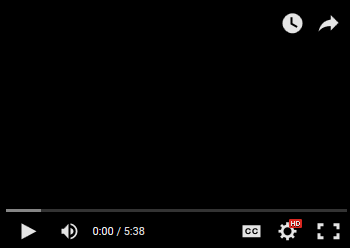 An ''excellent'' video on the topic.
Phil: I'll get you out. We could make it a team effort.
Phred: Yep. Since there's a lot I can do behind a wall of extremely dense glass.
Phil: ...Okay, so it'll be more like what children's television shows consider a "team effort".
— Riddle Transfer
Advertisement:

Sometimes works pretend to be interactive when, by the definition of their medium, they aren't. You know what this means, right?

Beat note Oh, right, wiki pages aren't interactive media; we have no idea what your mental response was going to be so we'll just have to pretend you said something relevant to the question.

You're absolutely right, it means that anything the audience does has no effect on the program!

Anyway, this is common in children's programming (e.g. Edutainment) to encourage a form of Audience Participation. Sometimes, instead of a blank pause, the work will have a chorus of voices chime in with the expected answer, in case kids either don't understand, are incapable of answering due to a disability, or are smart enough to know nothing they say or do will affect the episode.

This trope reached its zenith around the Turn of the Millennium thanks to overwhelming success of preschool programming such as Blue's Clues, before becoming quite uncommon by the end of The New '10s. A 2010 survey conducted by Disney prior to their preschool block being rebranded to Disney Junior suggested that this might have occurred due to the rise of simple-to-use smart devices being able to teach concepts to preschoolers through actual interactivity. As such, writers no longer feel a need to do this.

When this trope is used in a Show Within a Show, it could involve The Tape Knew You Would Say That.

Compare But Thou Must!, the video game equivalent, where the interactivity allowed by the medium isn't utilized. Not to be confused with the audience shouting at Too Dumb to Live characters.

While Jelly Jamm isn't typically interactive, Goomo deploys this to find a missing key (that was right in front of him).

While Jelly Jamm isn't typically interactive, Goomo deploys this to find a missing key (that was right in front of him).