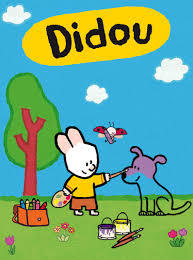 Didou (Louie in most countries outside France except in the US, where it is known as Sam) is an animated series that is based on the book by Yves Got. The show was animated by French production company Millimages SA. All 117 episodes of the show is currenly available across 13 DVDs released in France.