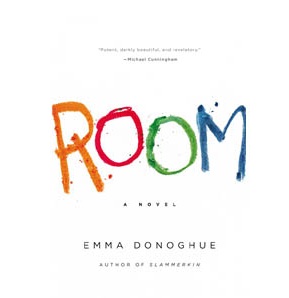 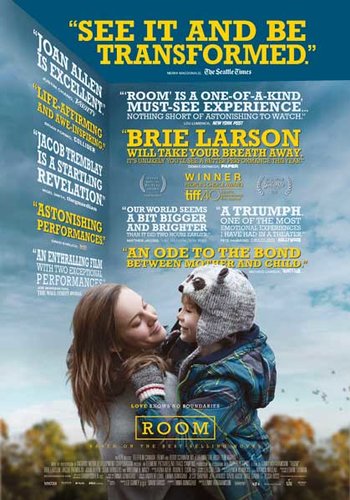 Love has no boundaries.
Advertisement:

Jack is five years old and lives with his Ma in a single, eleven by eleven foot Room. He has lived there all his life, ever since he was born. Ma has lived there for seven years, ever since she was taken here by Old Nick. He has never been outside, seen any more of the sky than the slit of blue that comes through Skylight, or met any human being besides his Ma and Old Nick, who comes in at night to bring food and talk to Ma.

Jack is happy in Room, watching the imaginary people on television, playing with his Ma and listening to her stories. He thinks he can live in Room forever... but he can't.

Room is a 2010 novel by Emma Donoghue. She reports that she decided to write the book after learning of the horrific real-life Fritzl case

. In 2015, the book was adapted into a film, with Donoghue penning the screenplay, and Brie Larson and Jacob Tremblay in the roles of Ma and Jack. The film's trailer can be seen here.