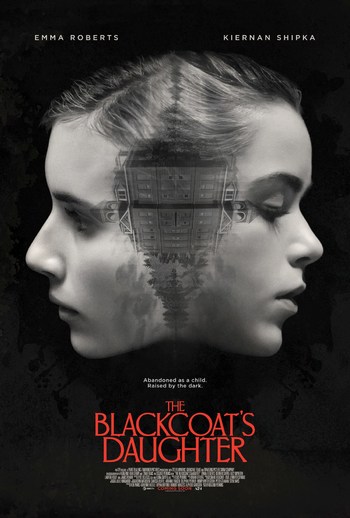 The Blackcoat's Daughter is a 2015 horror film directed by Oz Perkins, son of Anthony Perkins. The movie follows two storylines, the first centering around a pair of girls, Kat and Rose. The two have no choice but to stay at their Catholic school when neither girl's parents arrive to pick them up for an extended break in February. As the two get to know one another, Rose begins to suspect that something's not quite right about Kat. The second storyline follows a third girl, Joan, who is picked up by a couple when she's found all alone in the cold. As her storyline unfolds, we gradually learn more about the disturbing backstory that led to her current predicament.