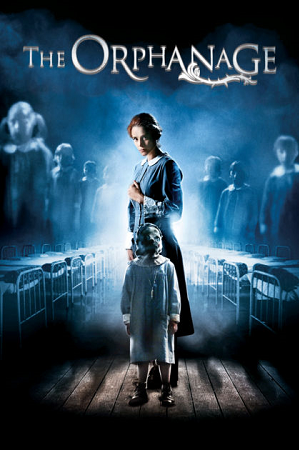 Grelod the Kind: Those who shirk their duties will get an extra beating. Do I make myself clear?
Orphans: Yes, Grelod.
Grelod the Kind: And one more thing! I will hear no more talk of adoptions! None of you riff-raff is getting adopted. Ever! Nobody needs you, nobody wants you. That, my darlings, is why you're here. Why you will always be here, until the day you come of age and get thrown into that wide, horrible world. Now, what do you all say?
Orphans: [unenthusiastically] We love you, Grelod. Thank you for your kindness.
Grelod the Kind: That's better. Now scurry off, my little guttersnipes.
— The Elder Scrolls V: Skyrim, upon entering Riften's Honorhall Orphanage
Advertisement:

Losing your parents is no fun. Depending on your circumstances (and the relative benevolence of your creator), you may end up with some clueless but good-natured Muggle Foster Parents, or you could be Raised by Wolves. If you're really unlucky, though — or if you need an appropriately tragic backstory — you'll end up in an Orphanage of Fear.

No one cares for you a smidge when you're living in an Orphanage of Fear. You will usually be presided over by gaunt, dour women — often brutal nuns — with nasty sneers. Your chores are long, grueling, and mandatory; toys and other amusements are strictly forbidden. You can expect to be spanked, smacked, and otherwise "punished" frequently; no matter what you do, you can't please the Evil Orphanage Lady in charge. The food is usually unidentifiable, mushy, and foul-smelling if it's solid at all; you may have nothing to eat but thin, probably cold vegetable broth. You will be in bed by 8 and up by 5, and you will never, ever, ever be allowed to have any fun. Your only hope of escaping is either to get adopted, find your real parents (after all, they're probably only hiding), or simply run away. Or kill everyone/destroy the place.

In darker and more adult-oriented versions, the people directing the orphanage will be downright criminal or insane; sometimes secretly enslaving the children as unpaid labor and punishing them harshly or even tortuously if they fail, refuse, or for no reason at all. Other times, the directors are using the orphanage as a cover for their evil cult, using the children as Human Sacrifices to appease their subject of worship. And those are if you're lucky. Sometimes, the orphanage directors like to do the unthinkable...

The opposite of an Orphanage of Fear is the Orphanage of Love — a place where you will be cuddled, given plenty of toys, read to before bed, and have all your boo-boos kissed, even if you never get adopted. Although you will rarely find the series's Kid Hero thrust into one of these — right off the bat, anyway — a good way to make a character seem kind or loving is to put them in charge of an Orphanage of Love.

Orphanages have been largely phased out in the western world, but they are still in use in parts of Latin America, Africa, Eastern Europe, and Asia, and parts of North America have them if there are no foster homes. Compare Boarding School of Horrors. Sadly, both institutions are still Truth in Television. Read up on conditions in Victorian orphanages some time; current group homes are not always significantly better. Modern orphanages are usually in disrepair. Also compare Department of Child Disservices. The ultimate setting to invoke Kids Versus Adults, especially when the kids want/have to save the orphanage from evil overrulers. Such a conflict can be terminated by the kids Burning the Orphanage. See also Juvenile Hell, which is about children being imprisoned for criminal offenses, but plays out in a similar way.

During the show, Blitzo has a traumatic flashback when a little girl (in-universe) asks Blitzo to adopt a dog. He remembers when he adopted Loona, about how she was an angry and scared hellhound in the adoption center, and would be "out of our hair next month" according to the adoption center. This caues Blitzo to freak out and refuse to give up the dog on the show he's acting in.

During the show, Blitzo has a traumatic flashback when a little girl (in-universe) asks Blitzo to adopt a dog. He remembers when he adopted Loona, about how she was an angry and scared hellhound in the adoption center, and would be "out of our hair next month" according to the adoption center. This caues Blitzo to freak out and refuse to give up the dog on the show he's acting in.