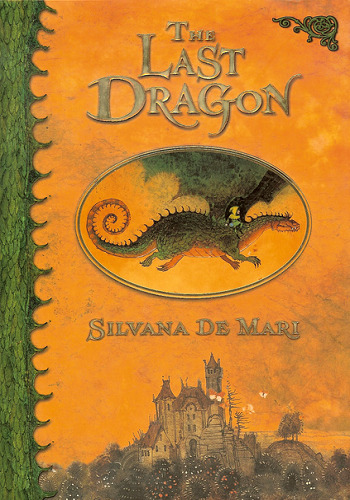 When the last dragon and the last elf
break the circle,
the past and the future will meet,
and the sun of a new summer will
shine in the sky.
Advertisement:

The Last Dragon is a Young Adult novel by Italian author Silvana De Mari, first published in 2004 under the title L'ultimo elfo. It was published in the U.K. as The Last Elf. The story takes place in a (probably) post-apocalyptic world where the rain never stops and nearly everyone is barely eking out a living. The book follows a young elf called Yorsh, the Last of His Kind, who is taken in by two traveling humans despite the danger he poses to them: elves are not allowed outside of their designated villages, and if Yorsh is found, he and anyone helping him will probably be put to death. However, Yorsh has a purpose: he must find the last dragon and save the world.

The book is split into two parts: in Part One, Yorsh and the two humans, Sajra and Monser, travel through the Crapsack World of endless rain and constant danger in search of the last dragon. In Part Two, which takes place thirteen years later, Yorsh and a girl called Robi (Sajra and Monser's daughter) make a similar journey, for a somewhat different purpose.

Not to be confused with the 1985 film of the same name, or the 2008 novel Last Dragon, or the novel series The Last Dragon Chronicles.

The Last Dragon provides examples of the following tropes: