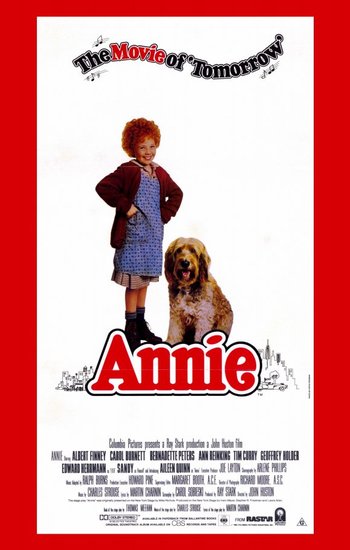 Annie is a 1982 film adaptation of the musical Annie. Directed by John Huston, it made a goodly number of changes to the stage version: comic strip characters Punjab and the Asp are supporting players, Sandy gets more screentime, songs are added and dropped, and the climax is peril-filled. Annie was played by Aileen Quinn, heading up an All-Star Cast of adult players.

It was followed by Annie: A Royal Adventure!, a loose Made-for-TV sequel, in 1995. The 1982 adaptation also served as an inspiration for the 1993 Hindi-language comedy-drama King Uncle.