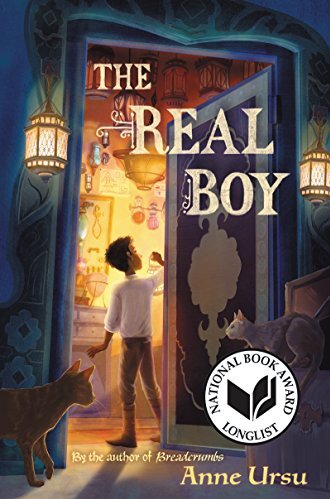 The Real Boy is a 2013 middle grade fantasy novel by Anne Ursu.
Advertisement:

Eleven-year-old Oscar is a shop boy who works for Caleb, the most powerful magician on the island of Aletheia. Although he's seen as simple-minded, he likes his job of gathering, grinding, and preparing herbs for Caleb to use in his work. But something has gone wrong with the island's magic. Two apprentices are gruesomely killed in what is assumed to be a magic accident, and the wealthy children in the walled city of Asteri are coming down with bizarre ailments. Oscar works to solve the mystery with the help of his new friend Callie, the apprentice healer.

The Real Boy contains examples of: